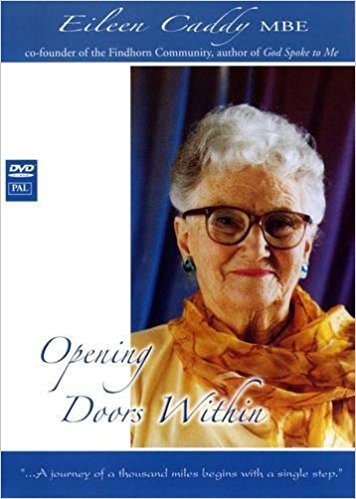 Findhorn community co-founder Eileen Caddy speaks about the day in 1952 when she first meditated and heard the “small still voice within” which calmly told her, “Be still and know that I am God” in Opening Doors Within. The hour-long video turns out to be part interview with Caddy, and part Caddy leading meditations. In the segments entitled “The Passage” and “Dark Night,” Caddy speaks candidly about the personal events leading up to the co-founding of Findhorn, which even includes a suicide attempt on her part. But instead of a biography about Caddy, the film (directed by Kurt Mann) turns to Caddy leading several meditations on the power of love.