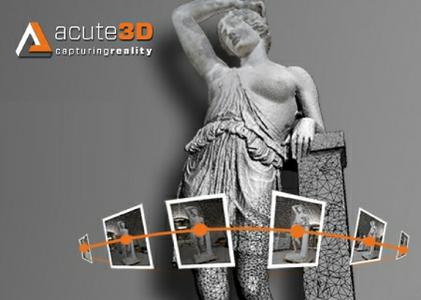 Acute3D, a Bentley Systems company, has released 4.1 version of ContextCapture Center, its a new solution developed on the basis of the former Smart3DCapture technology, a software solution allowing to produce high resolution 3D models from simple photographs, without any human intervention.

The principle of ContextCapture is to analyze several photographs of a static subject, taken from different viewpoints, and to automatically detect pixels corresponding to a same physical point. From many such correspondences, relative orientations of photos and accurate 3D shape of the scene can be inferred.

We are proud to announce that the Acute3D team has joined Bentley Systems, Incorporated, the leading company dedicated to providing comprehensive software solutions for sustaining infrastructure.